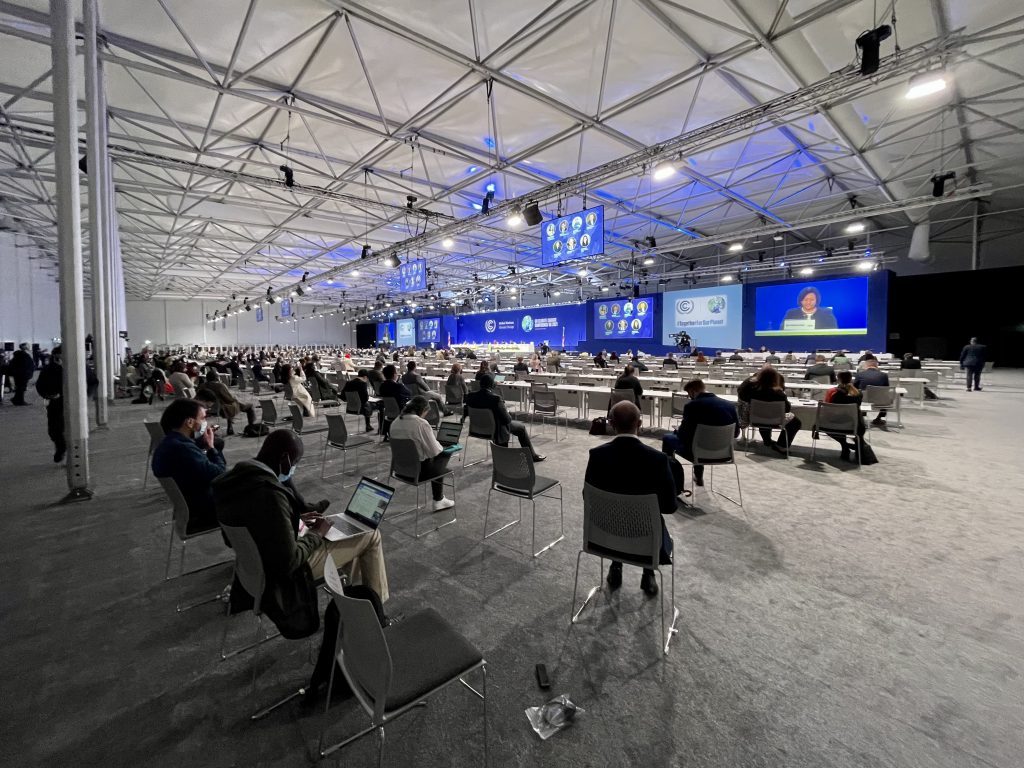 In approving the Glasgow Package at the end of COP26, world leaders have formally settled mechanisms for implementing Article 6 of the Paris Climate Agreement. This came after 6 years of debate over the complex rules required to integrate the global carbon markets with a detailed framework for the trading of credits overlying a ton of carbon that has been reduced or removed from the atmosphere. Negotiators agreed a common set of tools allowing carbon markets to operate globally, paving the way for a potential emissions credits boom. Finally, heavy polluters can be incentivized to procure carbon credits independently from there technical ability to directly reduce emissions.

In particular, Article 6 guides cross-country cooperation in order to obtain cheaper GHG reductions and produce more ambitious national climate action plans, the Nationally Determined Contributions (NDCs). The International Emissions Trading Association (IETA) stated in 2019 that cross-border coordination in the form of carbon trading could cut the cost of meeting NDCs in half by 2030, hence allowing to emissions reduction by 50% at no additional cost.

Carbon markets are typically mandatory: government-led emissions-trading schemes that force major polluters to match their annual emissions with “allowances” that must be bought and sold within a market; or voluntary: schemes in which polluters offset their emissions by paying to support projects that can cut carbon at the rate they produce it. So the new framework is comprised of a centralized system open to the public and private sectors, and a separate bilateral system that will allow countries to trade credits to help meet their decarbonization targets.

In the context of international emissions trading, the Paris Agreement defines units exchanged among party countries as Internationally Transferred Mitigation Outcomes (ITMOs). These trades, like all carbon credits, are created by projects that either reduce emissions or remove gasses in one place, with the payments coming from another place, and can happen both at the government and corporate levels to meet domestic compliance criteria through purchases from abroad.

Article 6 requires corresponding adjustments when an ITMO is passed, meaning that the host country (where the carbon project is located) which authorizes the transfer must adjust its GHG inventory to reflect the fact that the emission reduction achieved inside its borders is being credited to another country. The buying country has to adjusts its own inventory by the same amount.

Several technical issues need further review and have been put on the next COP’s agenda. Among these are the treatment of corresponding adjustments after 2030, how to handle corresponding adjustments for single-year NDCs, and whether ITMOs can include reductions or should be limited to removals. In fact, while existing carbon credits tend to focus on activities that reduce emissions, the Intergovernmental Panel on Climate Change (IPCC) has recently concluded that we must dramatically increase removals by 2050 to meet the climate challenge.

Also known as Verified Emission Reductions (VERs), these are reductions generated in the voluntary carbon market, and they don’t need to be reflected into a national carbon account since they are not created to meet a legal requirement. Consequently, they do not require corresponding adjustments even though this has spurred a debate. The voluntary carbon market includes all transactions of carbon offsets not exchanged into an active regulated carbon market – in a sort of “over-the-counter” trade.

In a cross-border voluntary transaction, a company in one country can reduce its footprint by purchasing credits from a project in another country but cannot use such credits to meet its domestic legal requirements. Any reductions in greenhouse gas emissions are reflected in the host country.

To be on track with the net-zero target, voluntary action will need to increase 15-fold by 2030 and 100-fold by 2050 from 2020 levels, according to the Taskforce on Scaling Voluntary Carbon Markets, an initiative led by Mark Carney, UN special envoy for climate action and former Governor of the Bank of England. The entity will form an independent governance body tasked with ensuring carbon credit quality and standardization.

The most relevant points for carbon markets in Article 6 are paragraphs 2 and 4. Article 6.2 covers the rules for bilateral and multilateral transfers between countries. Although it doesn’t establish a trading system itself, it provides an accounting framework for bilateral and multilateral transfers – including programs that link the emissions trading schemes of different countries – which countries can use to create schemes that are consistent with the UN rules and comparable to each other.

Paragraph 2 is also crucial to avoid double-counting of emission reductions, though identifying rules for the application of the corresponding adjustments of national carbon inventories when ITMOs are exchanged to lower a country’s carbon footprint.

Article 6.4 rules the creation of a centralized hub in replacement of the Kyoto Protocol’s Clean Development Mechanism (CDM) for executing cross-border compliance trades, establishes the requirement of corresponding adjustments on all new emission reductions, as well as the degree to which Certified Emission Reductions (CERs) generated under the CDM could be applied towards NDCs.

The new rules under paragraph 4 will require project developers to deposit 5% of the credits generated by a project into the Adaptation Fund to help developing countries adapt to climate change. Another 2% of the credits will automatically be cancelled in order to facilitate an overall reduction in emissions, rather than the units simply balancing out emissions. However, none of the two applies to credits generated bilaterally.

Compromises in the rules allow millions of old credits into the new system for the next decade, some 300 million of “zombie credits” according to Carbon Market Watch. These old units created between 2013 and 2020 under the Kyoto protocol might be of poor quality and underrepresenting the climate benefits they claim. The risk is to flood the market with cheap units that depress prices.

Furthermore, it has to be considered that carbon offsetting does not lead to global emission cuts since greenhouse gas reductions are even out by continued pollution elsewhere. Thus, it is important that a portion of every carbon credit issued gets automatically cancelled. Even though a mandatory 2% cancellation for trades under the centralized carbon market is now established, the level is still too low to produce real change and bilateral trades remain exempted.

The EU ETS futures reached a record carbon price of almost €70 a ton in the first day of trading following the Glasgow summit, as rising post-pandemic emissions pushed factories’ and power plants’ demand of permits. Similar systems worth a total of $272bn are operational or in development across the globe – including in Canada, China, Japan, New Zealand, South Korea, Switzerland and the US. The Glasgow Climate Pact lays the foundation for these markets to connect without the risk of double counting emissions savings and potentially increasing profitability for those able to reduce carbon emissions at speed and scale.

The voluntary carbon market reached around $1 billion, according to the Ecosystem Marketplace survey, but the market is currently fragmented and largely unregulated. Hence critically, rules of Article 6 now being in place provides a framework to enable immediate operationalizing of global carbon markets. While much work remains to be done to ensure that the carbon markets deliver the mitigation outcomes at the scale that is necessary, COP26 confirmed the re-emergence of an international market of carbon.

A global carbon market or a uniform global price or tax is not to be expected soon, though, and it might require further adjustments to make it totally fair. Yet the clear trend is that the cost of polluting is rising in carbon markets worldwide. It is now up to the private sector to channel green investment using these new market structures and accelerate the race to net zero.