Carbon-Pricing as a Climate Change Solution 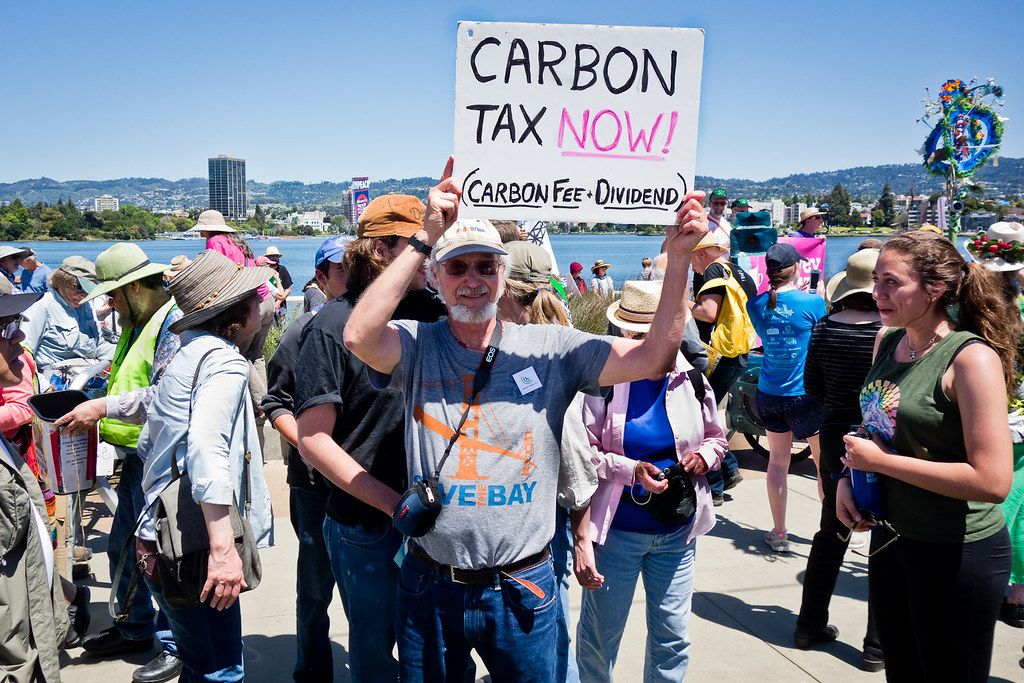 Climate change is perhaps the most pressing and important environmental issue of the modern era. It is also a globe-spanning problem that is as complex as it is dangerous.

According to the Carbon Tax Center, “A carbon tax is a fee imposed on the burning of carbon-based fuels (coal, oil, gas).” Essentially, it’s a way to put a price on carbon, in the form of carbon dioxide gas emissions.

Brad Mapes-Martins, Associate Professor in Political Science, teaches an Environmental Policy and Climate Change Policy course at UWSP. According to Mapes-Martins, a carbon tax is but one carbon-pricing scheme – along with a cap-and-trade system and command-and-control regulations – that charges either producers or consumers for each ton of carbon emitted, thereby reflecting carbon emissions in the price of goods and services.

“That’s what pricing carbon is intended to do: it’s intended to internalize those changes in a good or service,” says Mapes-Martins.

As of now, the United States does not have any carbon tax program; though efforts are in place at both the state and federal levels for the implementation of such. Locally, members of the Stevens Point community are also advocating for carbon pricing to deal with climate change.

Dan Dieterich is the leader of the Stevens Point Chapter and the Wisconsin Co-coordinator of Citizens’ Climate Lobby, a nonpartisan group that advocates for climate policy, education and action. According to Dieterich, pricing carbon is a strategy necessary to combat the climate crisis.

“To deal with that, we have to have something that will drive large-scale change and do it quickly,” says Dieterich.

H.R. 763 is a bipartisan House bill, has over 70 co-sponsors and includes what is called a ‘Carbon Fee and Dividend’: a type of carbon tax program.

Under a Carbon Fee and Dividend policy, fossil fuels would be taxed. Then, the funds are given right back to the American people in the form of checks each month.

While this policy would not directly support renewable energy, it would gradually disincentivize fossil fuel production and usage.

The bill could lead to a healthier environment and support low and middle-income families, without new federal regulations.

“The benefits of the bill are that it would cut carbon emissions by 40 percent over the next 12 years and provide a family of four a total of $3,456 a year in payments,” says Dieterich. “If it would pass, there would be 2.1 million jobs created over 10 years.”

“It’ll grow the economy, protect the most vulnerable people and give all the net revenue that’s raised back to the American people,” says Dieterich.

Numerous countries around the world, including England, Scotland and Sweden, have some type of carbon tax system in place. Still, many others utilize cap-and-trade systems or have regulations related to carbon emissions.

And while the U.S. doesn’t have any carbon tax programs, many states are currently putting a price on carbon in the form of cap-and-trade systems.

California has its own program, a multi-sector cap-and-grade program. Ten states in the northeast – including Connecticut, Maine, New York and Vermont -make up what is called the Regional Greenhouse Gas Initiative: the first program of its kind in the U.S. that limits carbon dioxide emissions from the energy sector.

Under a cap-and-trade system, the government issues sellable permits, or credits, to companies for how much carbon dioxide emissions they can emit. Each year, this amount is decreased in order to incentivize environmental efficiencies.

Cap-and-trade systems have been successfully implemented in the U.S., though Mapes-Martins says they can be “wildly complex”, as well as having inefficiencies and leading to market complications. Carbon taxes, on the other hand, have so far been unsuccessful.

States, such as Washington, have tried and failed to implement a carbon tax. And unfortunately, views on climate change and carbon pricing has become politically divisive and partisan.

“The problem is that it’s a political issue,” says Dierterich.

But practically speaking, says Mapes-Martins, a carbon tax would fit right into the current tax system, and it does not run into any constitutional issues. Additionally, carbon tax programs are supported by many economists.

A prominent example being the “Economists’ Statement on Carbon Dividends”: a public statement, signed by 3589 U.S. economists, in support of a carbon fee and dividend program.

For a carbon tax to work in the U.S., it must be politically feasible, as well as sustainable and conducive for a successful U.S. economy.

According to Dierterich, “It’s got to be healthy for the planet and for the economy.”

Carbon Fee and Dividend policies, such as H.R. 763, address both the economic and environmental aspects of pricing carbon. And given that impacts from climate change affect human health and the economy, in addition to the environment, a carbon tax program appears like a good candidate for addressing climate change.

“Of the choices for policy, I think it’s one of the best options,” says Mapes-Martins.

If the U.S. were to pass a carbon tax, whether in the form of a Carbon Fee and Dividend program or otherwise, it would put the U.S., the second largest emitter of carbon dioxide, in a position of global leadership while also dramatically decreasing emissions.

While carbon pricing and other climate policies appear to face uphill political battles in many states and federally, it’s clear that action is necessary to address climate change and mitigate negative consequences that will likely result, in the present and the future.